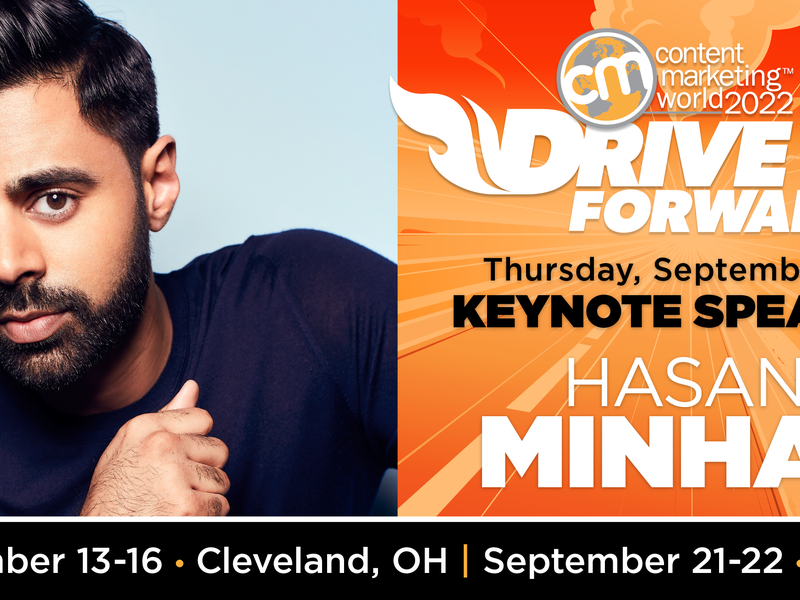 Stephanie Stahl, Managing Director of the Content Marketing Institute, said in a statement, “We are always on the lookout for new and inspiring voices to entertain and engage our attendees. Minhaj is unafraid to tackle cultural, political and economic topics. challenging in an engaging, thought-provoking and of course humorous way.His masterful storytelling ability is a skill that our CMWorld community of storytellers and content creators can surely appreciate and learn from.

He is co-founder and CEO of 186K Films, which is producing his first feature, “For the Culture,” with Amazon Studios. (Minhaj is co-writing the screenplay and will star in the film.) In 2019, he was named one of the 100 most influential people in the world by Time magazine.

According to the Content Market Institute, Content Marketing World will feature more than 100 sessions, workshops and industry forums presented by brand marketers and experts from around the world.