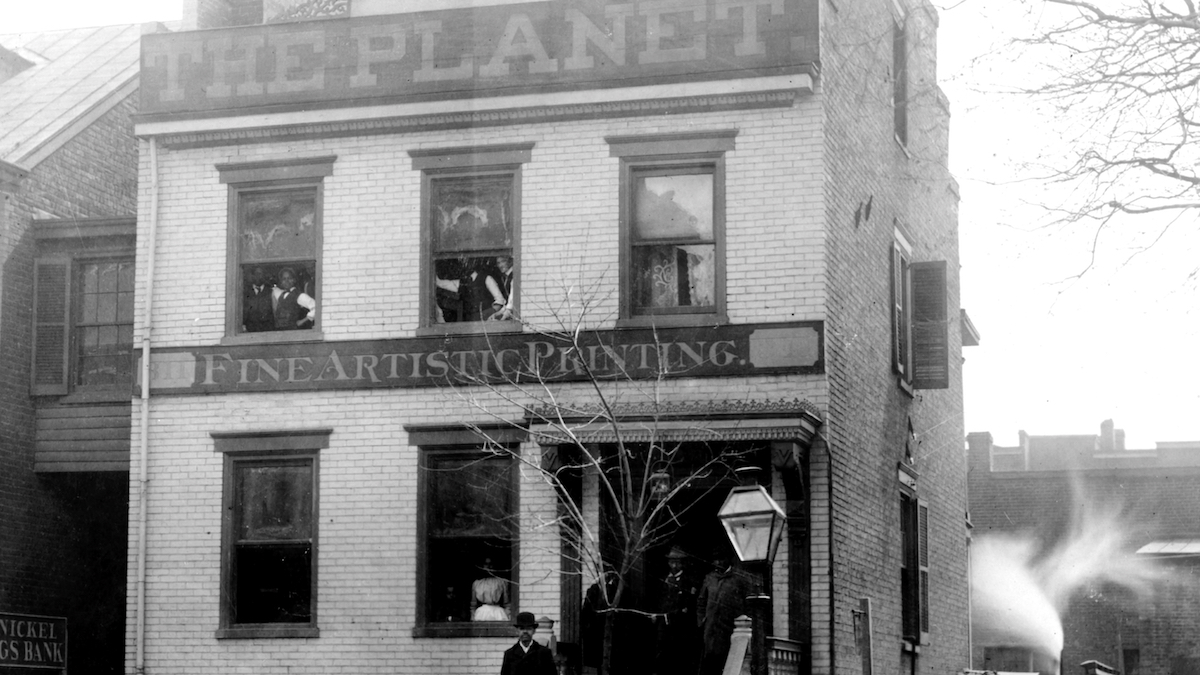 Tilt, a Richmond-based, Black and women-owned full-service content marketing company, has developed its first original documentary film, “Birth of a Planet”, to tell the untold story of the first black newspaper in Richmond, TheRichmond Planet.

“Birth of a Planet” will premiere June 10 at the Richmond International Film Festival, one of the largest competitive international film festivals in the Mid-Atlantic.

The film tells the story of a group of 13 once-enslaved men in Richmond, Virginia who used a printing press, ink and courage to combat the horrific realities of Jim Crow South – demanding to be heard their voice, no matter the cost. In an era marked by lynchings, segregation and voter suppression, The Richmond Planet and its fearless editor John Mitchell Jr. have exposed stories of brutality, racism and injustice – issues that remain oddly just as relevant 140 years later.

“Working on the ‘Birth of a Planet’ documentary has been a journey of exploration for me and the city I love,” said director Sylvester R. Tucker. “The Richmond Planet was a microphone for black voices in a city that sought to silence them, and I couldn’t be more grateful to everyone involved in this project who continued the black storytelling work that John Mitchell Jr. dreamed of. This project has been a constant reminder that black lives still matter and black voices still need to be heard. »

The project is the first of its kind for Tilt, which brought the documentary to life entirely in-house – from idea and research to script, filming, music and animation.

“Richmond and Virginia are rich in black history, but many stories remain untold,” said Tilt CEO and Founder Ron Carey. “We started looking for a story that would help us tell our own: that representation in the media matters in news, culture and advertising. It’s part of our fabric as a Richmond-based, black, women-owned business. When we came across The Richmond Planet and John Mitchell Jr.’s story, we knew it was exactly what we were looking for.

“The Planet project started as a small idea with a lot of passion,” Carey said. “We hope that the documentary will transcend film festivals to become an educational tool in schools, museums and other places of reflection. We want viewers of all ages and backgrounds to pause, reflect, and hopefully learn.

More information about Tilt Creative + Production can be found at https://www.birthofaplanet.com.

More information about the festival, including ticket sales, is available at www.rvafilmfestival.com.